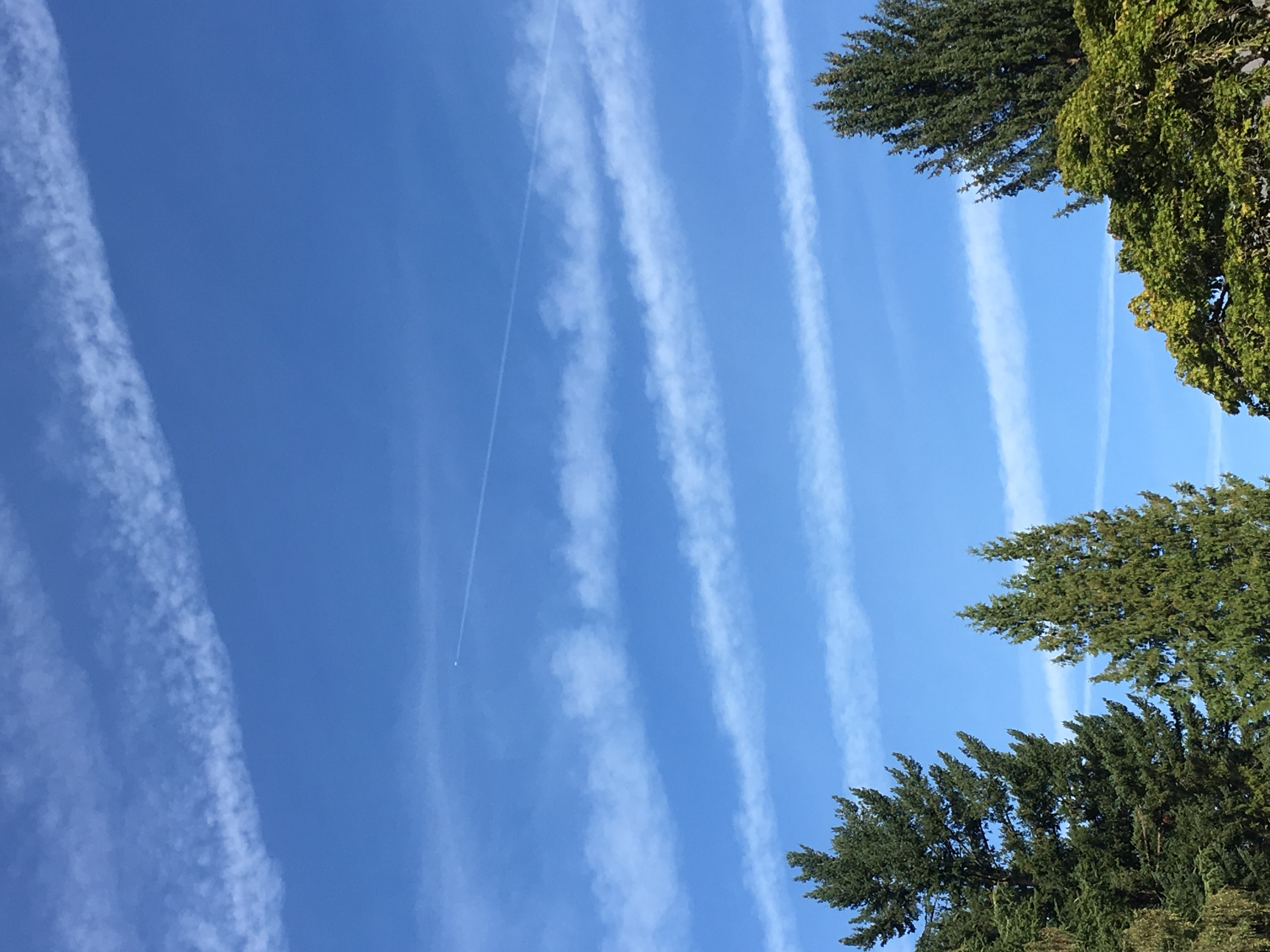 bojet engine and the super cold air in the air around the plane. Like your breath on a cold winter day, your visible breath, as the warm air from your lungs hits the cold air creates a cloud of water vapor but which quickly evaporates into thin air. Similarly, the visible condensation event at 30,000 feet similarly quickly evaporates and disappears. Condensation trails do not linger.

Anything other than an authentic contrail has popularly been called a ‘chem-trail’ but the accurate term is geo-engineering or weather warfare, depending on the application.

Sometimes when I look up into the sky I can see evidence of smokey plumes deposited by high flying airplanes. I remember back in the late 1990’s when I first started noticing, it was alleged that the smokey plume was made up of a chemical effluence, hence the term chem trail. But any Google search of the term chem-trail will provide links to debunkers of the Chem-trail Conspiracy Theory that government agents are producing the smokey plume.

From basic observation of the Smokey plumes left by some airplanes and not others, indicates that what is emitted is not water vapor. Debunkers of chem trail conspiracy theories insist the smokey plume is water vapor which is preposterous given the introduction to these remarks.

Sadly, the ongoing chemical pollution of the sky, put into the atmosphere by airplanes flying overhead, is a national security secret and we the people are forbidden to know what is emitted. This must end. I support extending Whistle Blower Protection Law to all employees of the Department of Commerce and especially to those in the US Military and National Oceanic and Atmospheric Administration.

Check out this link from Dane Wiggington that explains the difference between a chem-trail and a contrail, and at his website you can find many other discussions of the geo-engineering phenomena the mainstream media refuses to report.